Today, I’m bringing you the top five figures from Hot Toys that are base on video game characters.

And NO.4 we have my personal favorite, Leon Kennedy from Resident Evil 6. I’m a huge fan of that franchise, I think that game was amazing I love the character Leon Kennedy and Hot Toys just they did a perfect job this figure is probably four or five years old. Still, it aged very well comes with a fantastic jacket, a lot of accessories. I think this is a perfect mix between the Joker and Batman. Because of a lot of the video games or kind of either Star Wars or Batman, it seems like or maybe Spider-Man now, but this is an excellent overall figure from the video game series, and I highly recommend it.

NO.3, we have another DC character, and this is the Joker from the Arkham Asylum video game. I love this figure; the tailoring on the suit is amazing; the head sculpture is impressive. I love the character in the video game he was just off the charts amazing, comes up a lot of accessories, really cool stuff like some fantastic sunglasses, just an outstanding figure you can find him now, definitely pick him up. I think this is an excellent version of the Joker, probably my second favorite version of the Joker’s figures are concerned, my favorite one is the Joker DX11.

Coming in at NO.2, we have the figure that just released that is Deathstroke. This figure is terrific, and it’s like Hot Toys knock it out the park, scopes on all the armor pieces are great, the body is excellent, it’s just well made, the bulky figure comes with some cool accessories. Overall, this is second best, in my opinion, video game figure that’s out there.

I hope you enjoyed this list, well that’s the five! 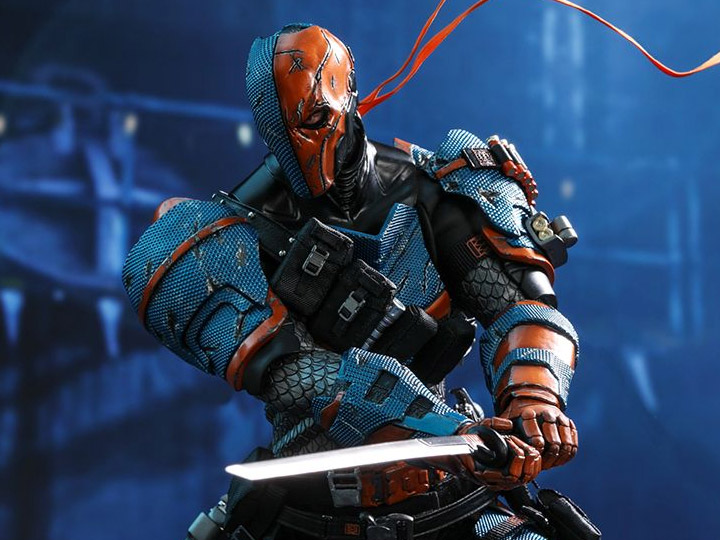 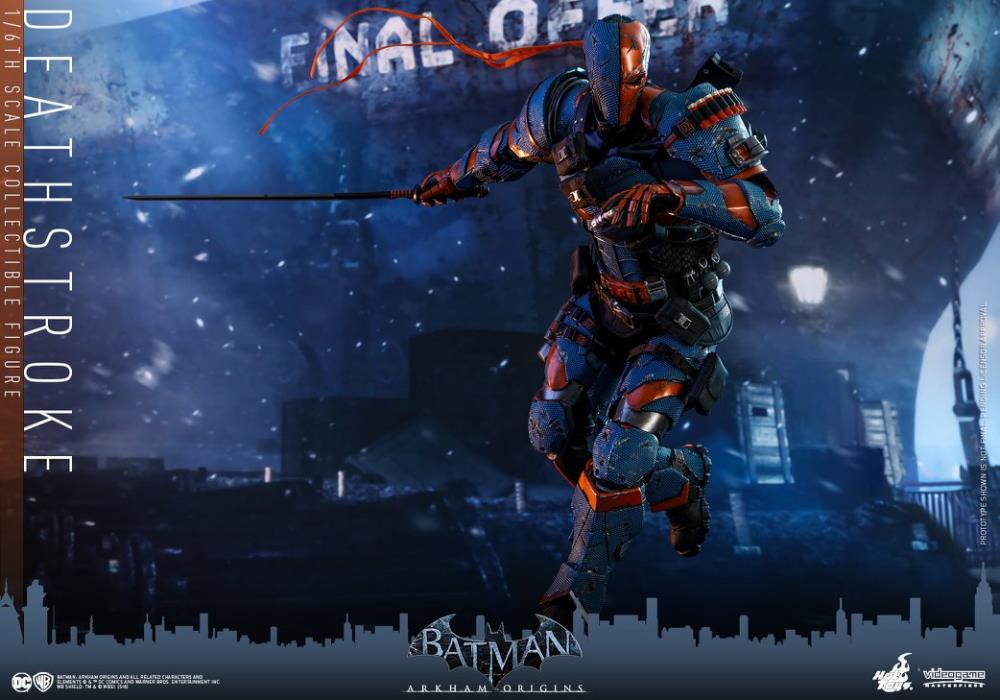 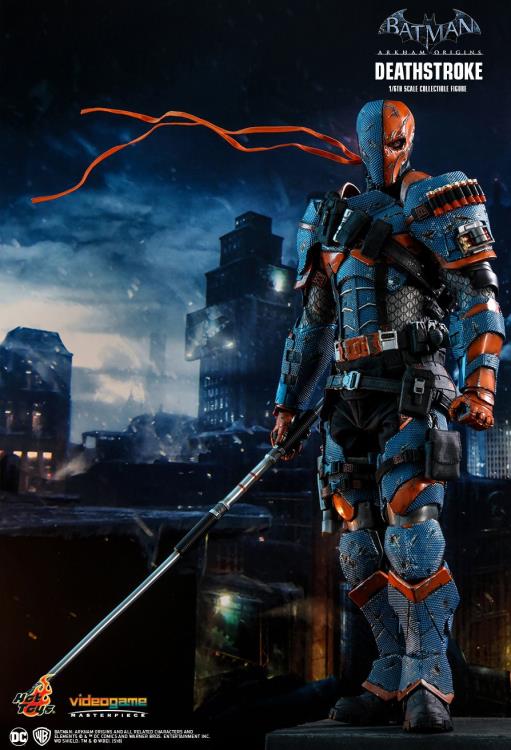 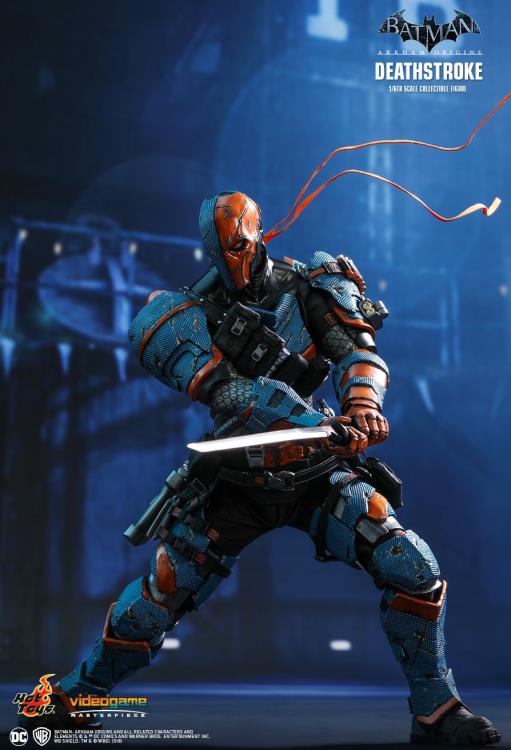 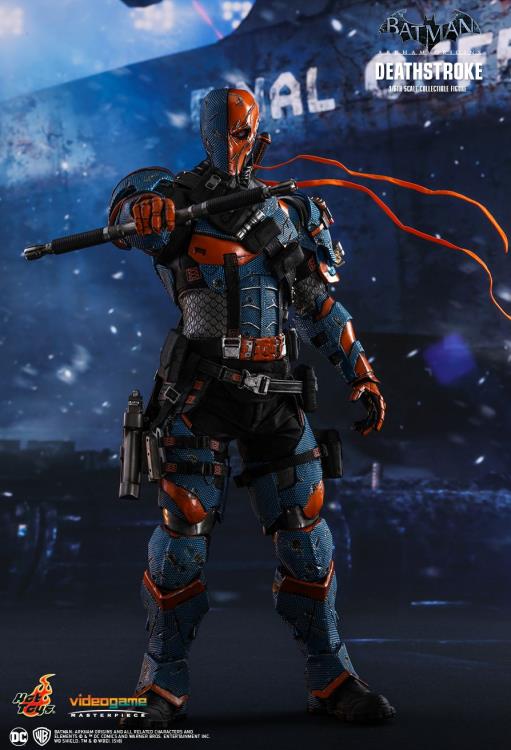 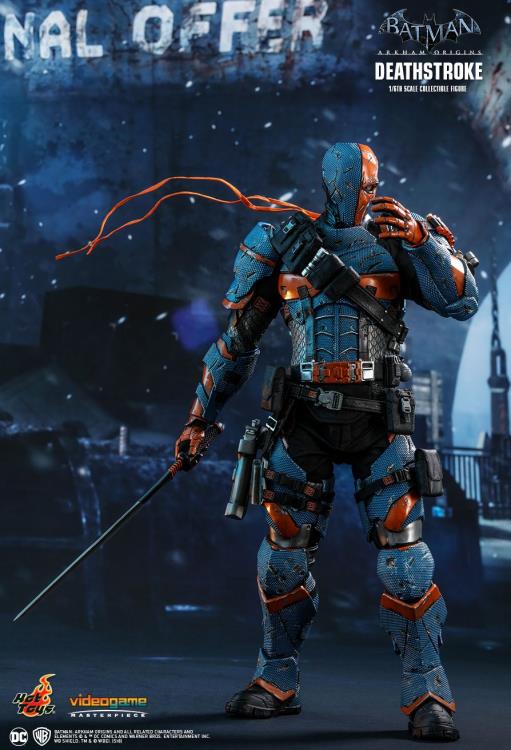 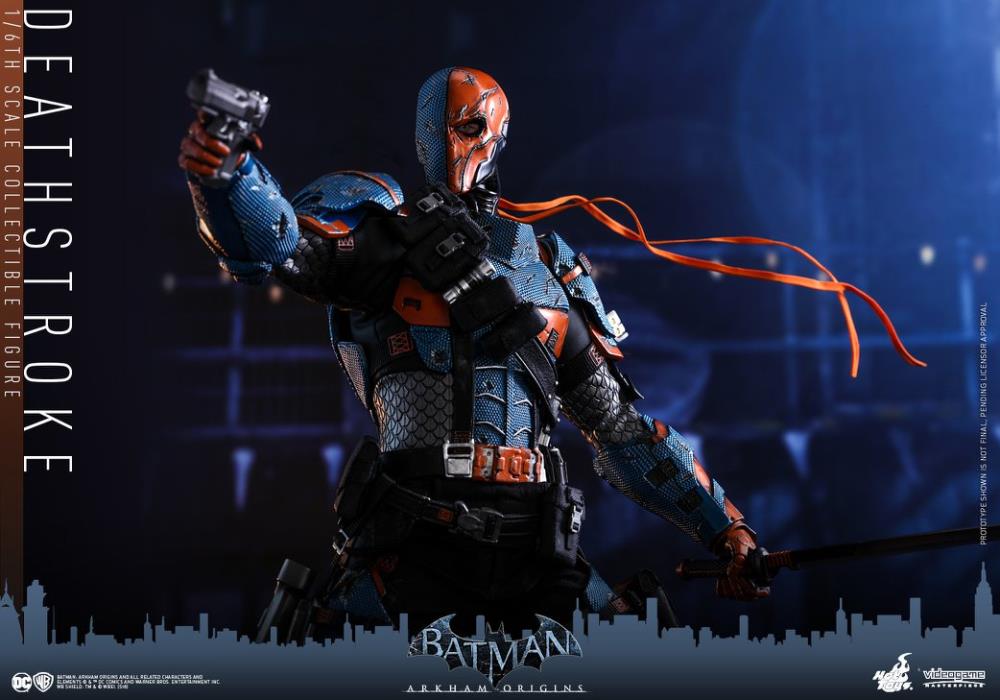 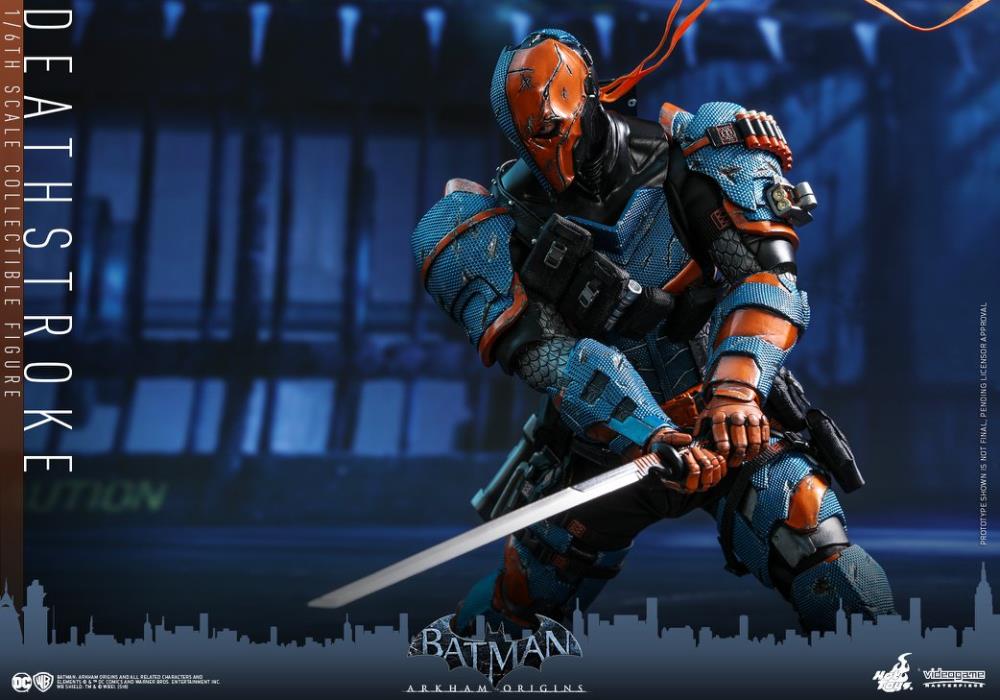 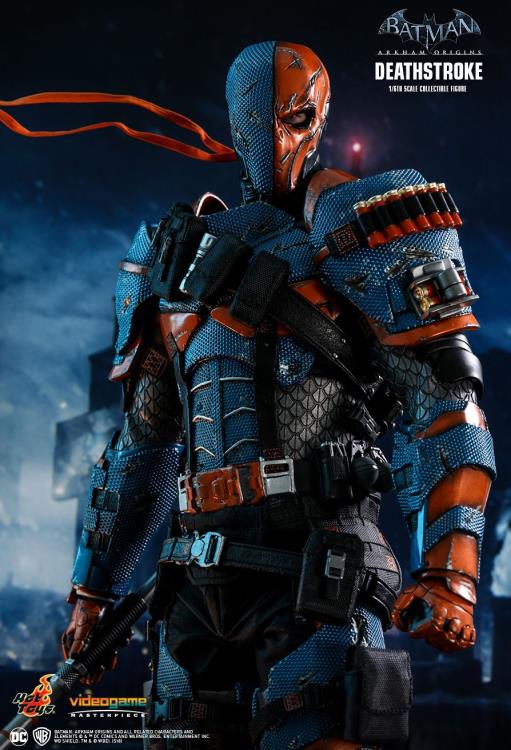 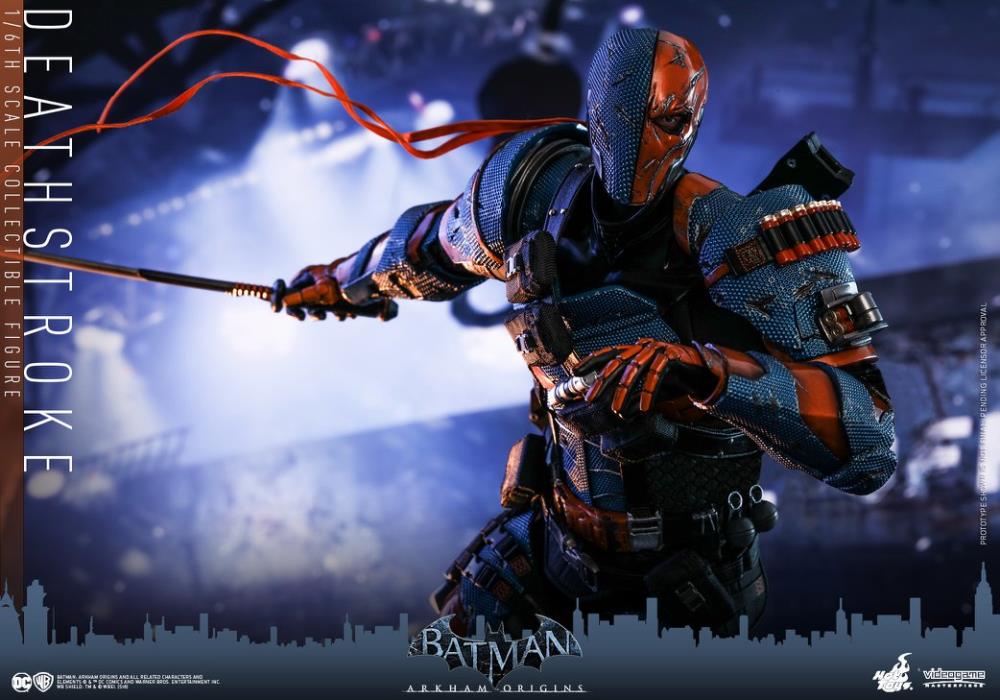 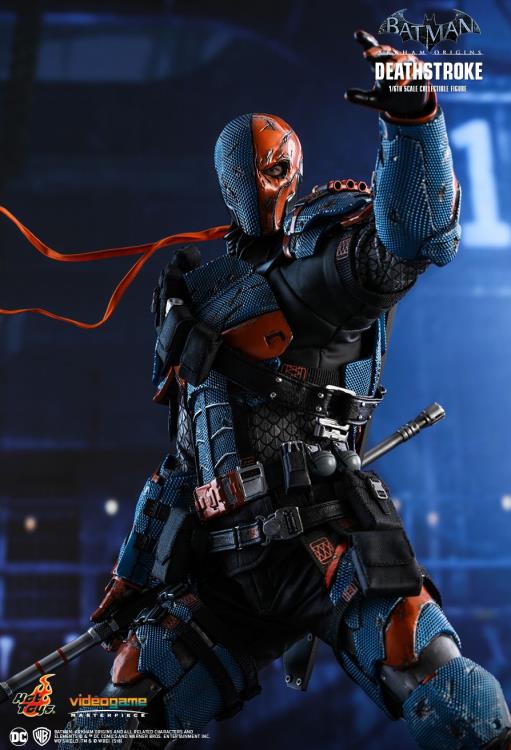 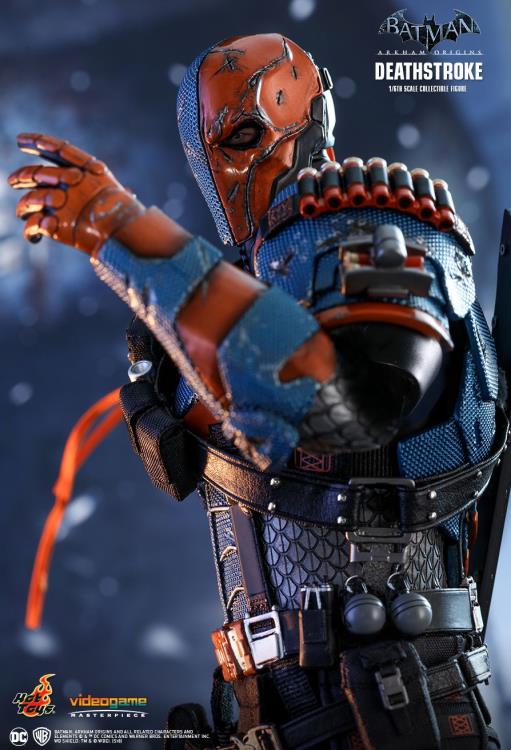 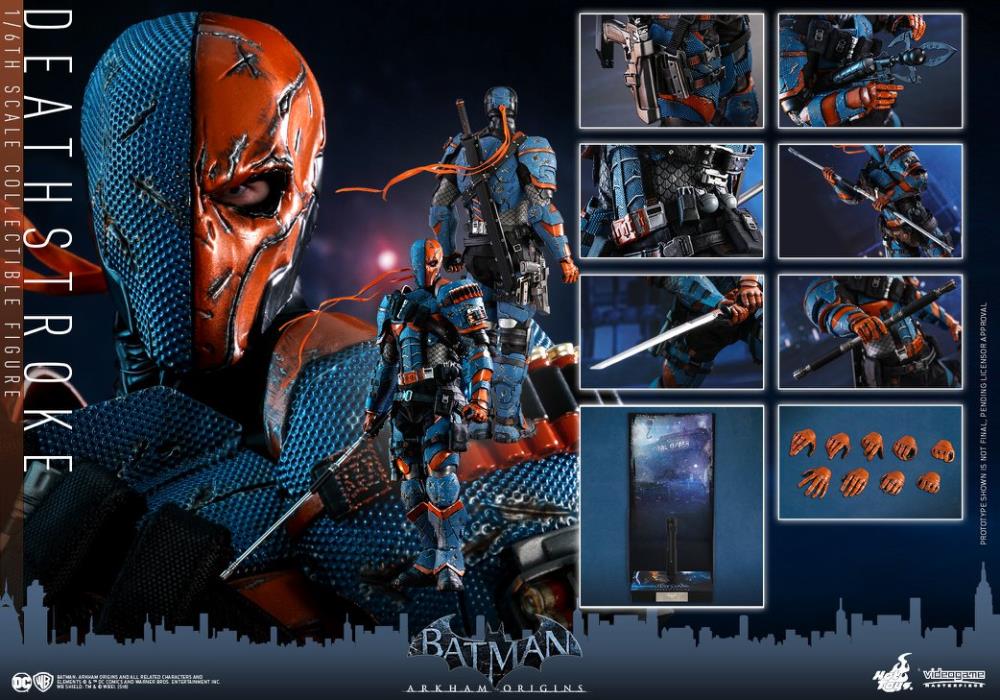 “It appears the game is over before it even begins.”

Slade Wilson, AKA Deathstroke, is one of the world’s greatest and most deadly mercenaries in the DC Universe. He was part of an experimental super-soldier program which allowed him to gain metahuman strength, speed, and healing abilities.

The collectible is expertly crafted based on the appearance of Deathstroke from the game featuring a newly developed helmeted head sculpt with one-eyed mask, a meticulously tailored multi-layer Deathstroke suit with battle damage and weathering effect, an interchangeable battle damaged chest armor plate specially designed for the alternative katana holding pose, an array of detailed weapons including Deathstroke’s ballistic staff handle with interchangeable ends displaying different battle modes, a remote claw, a pistol, a katana, two grenades, several detachable bullets off from the shoulder armor and a figure stand with specially designed backdrop! 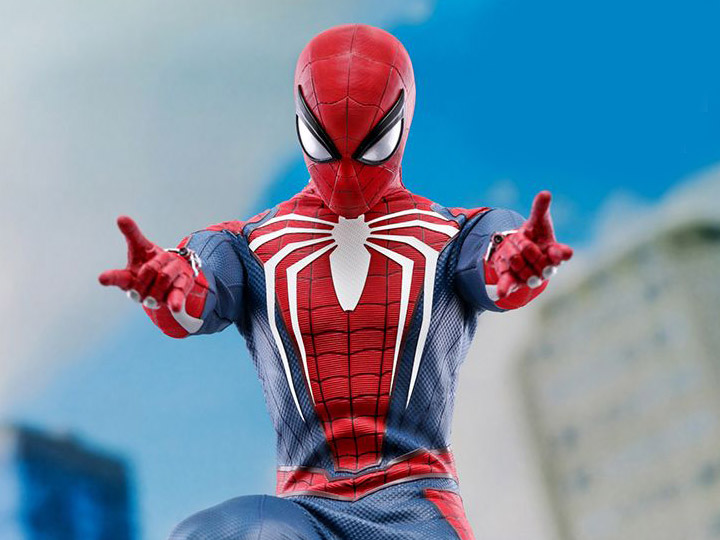 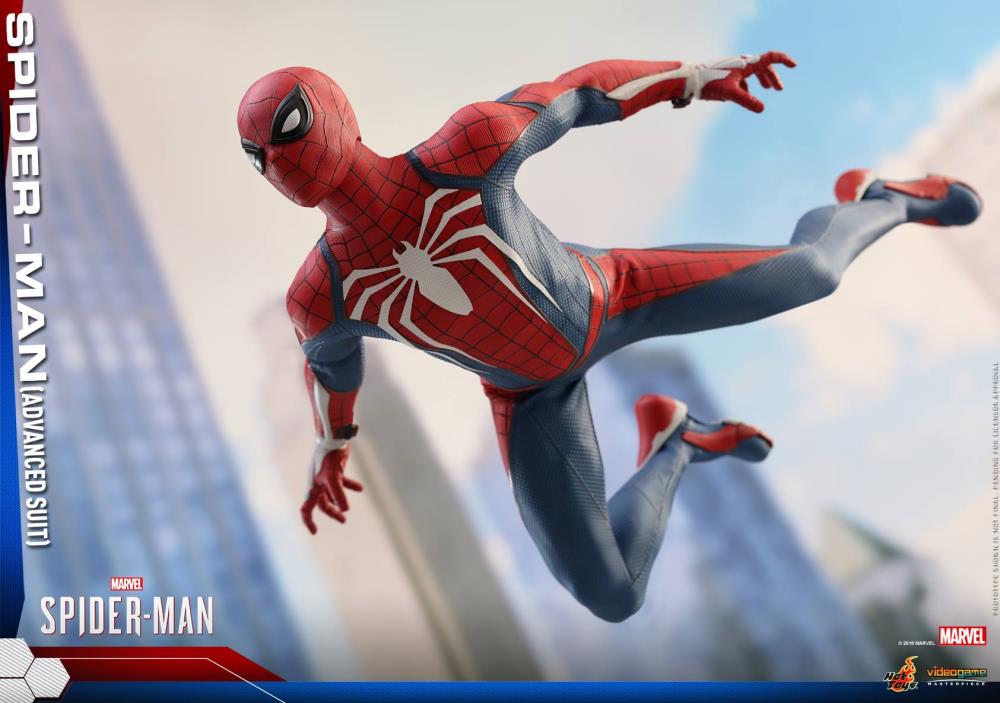 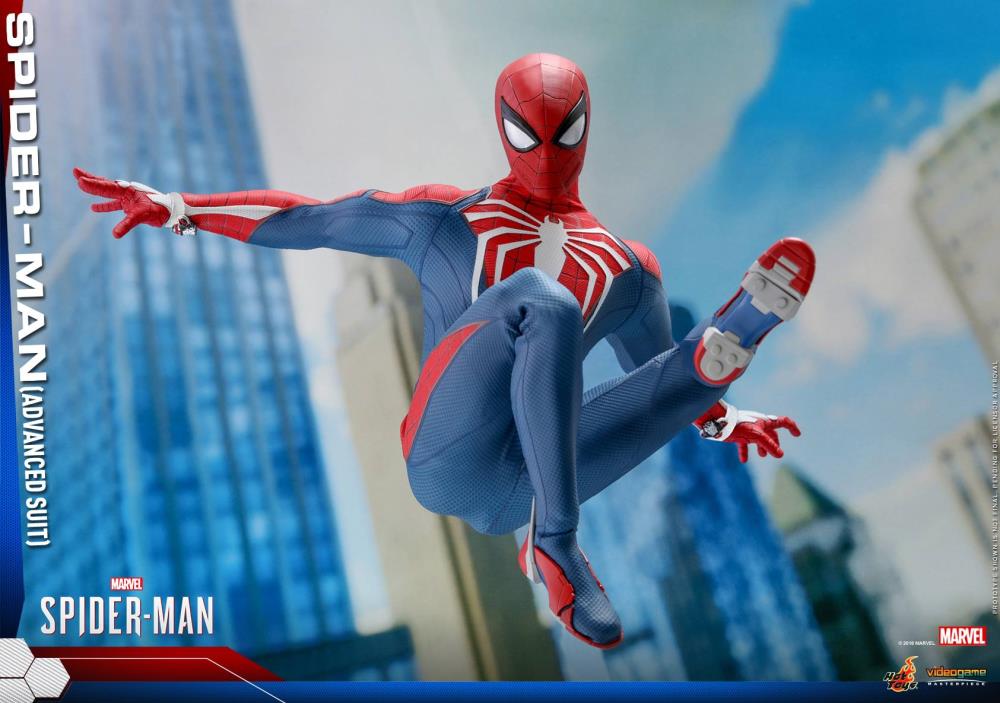 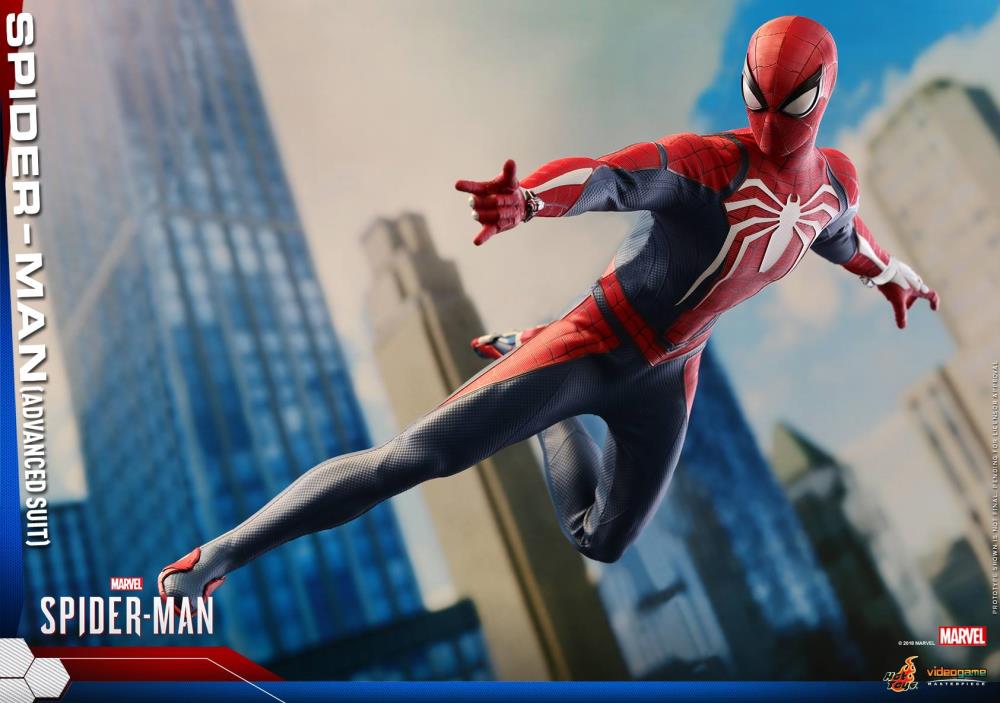 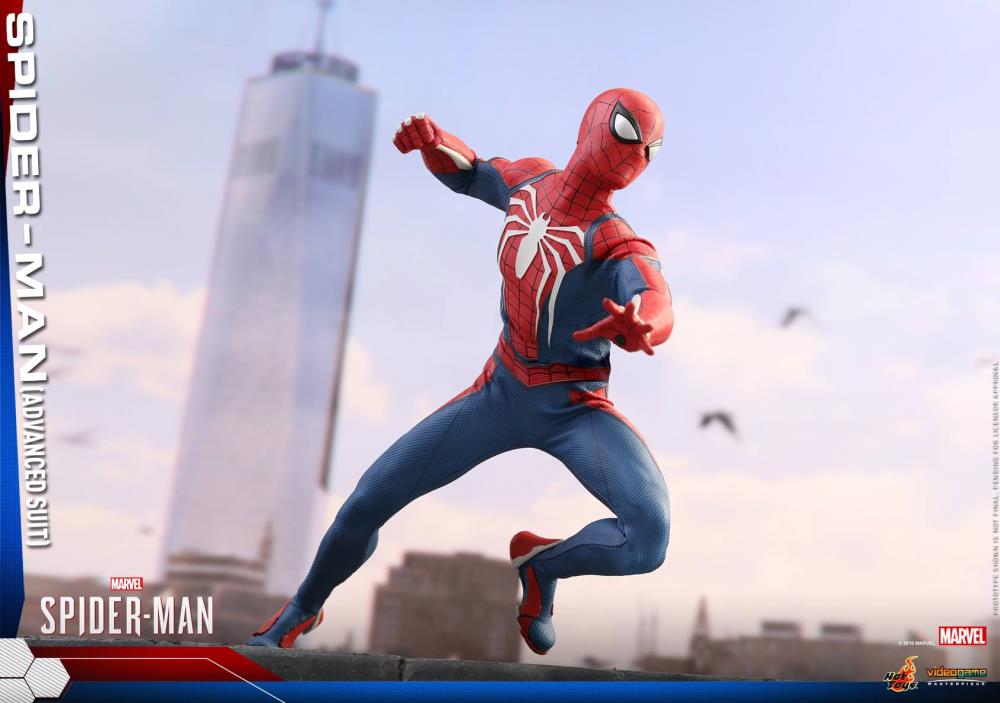 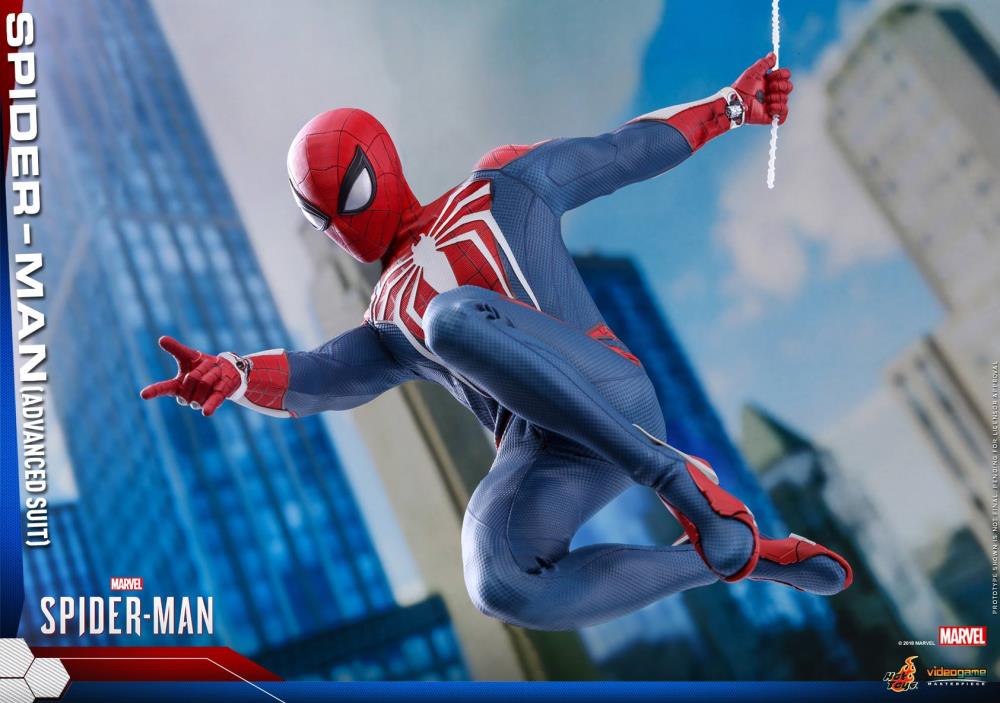 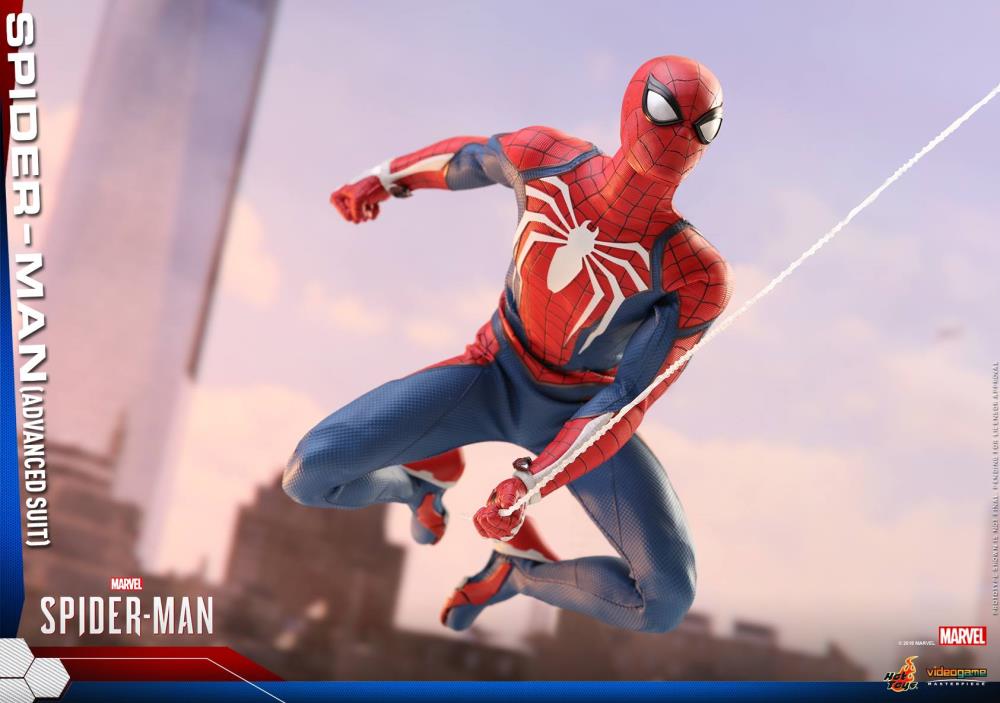 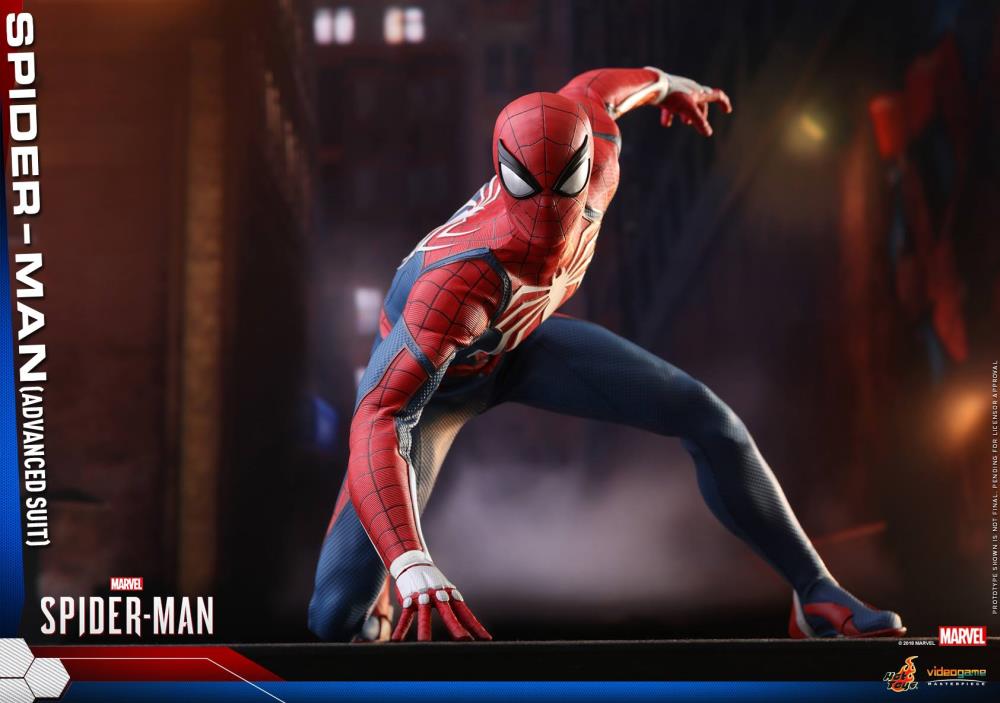 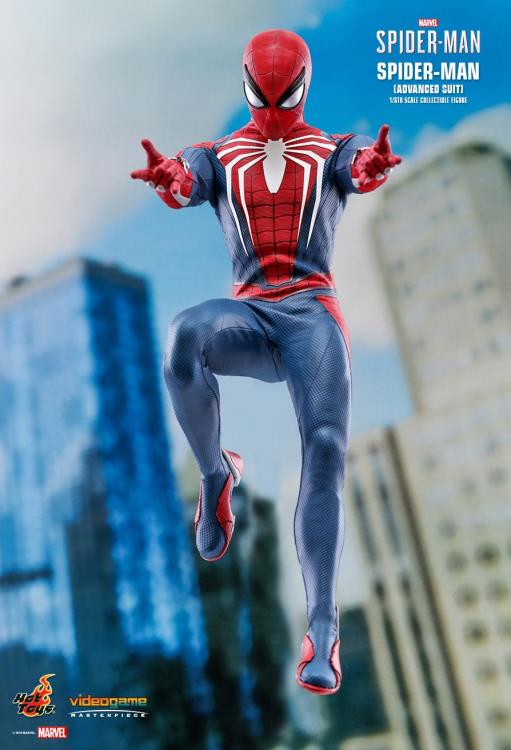 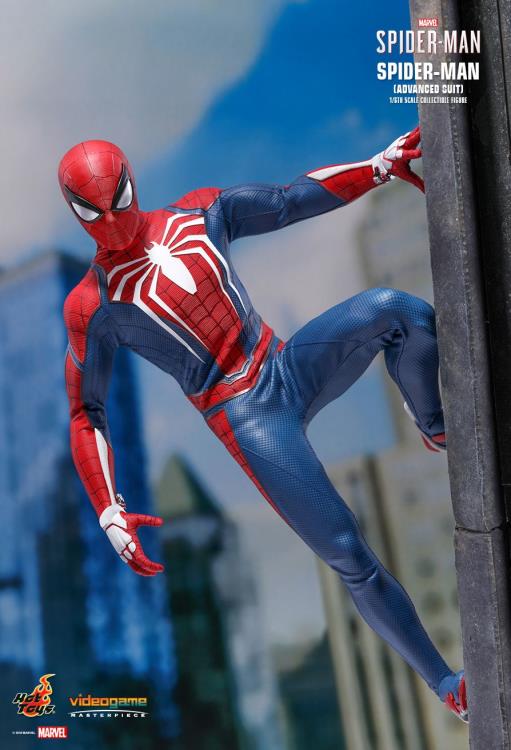 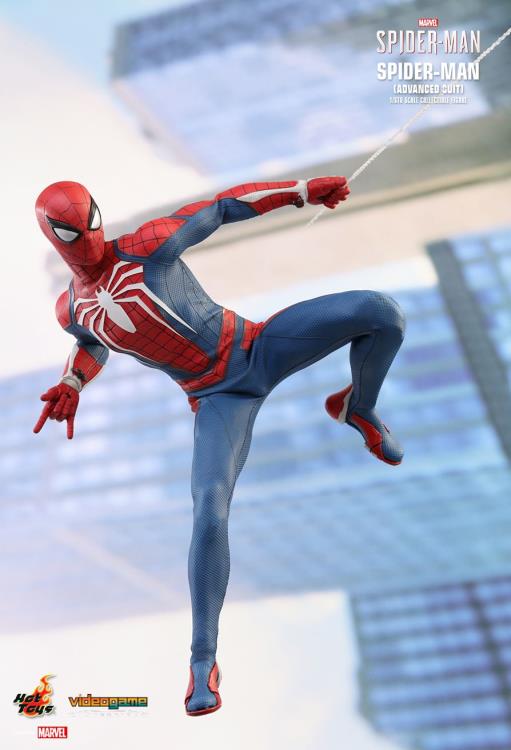 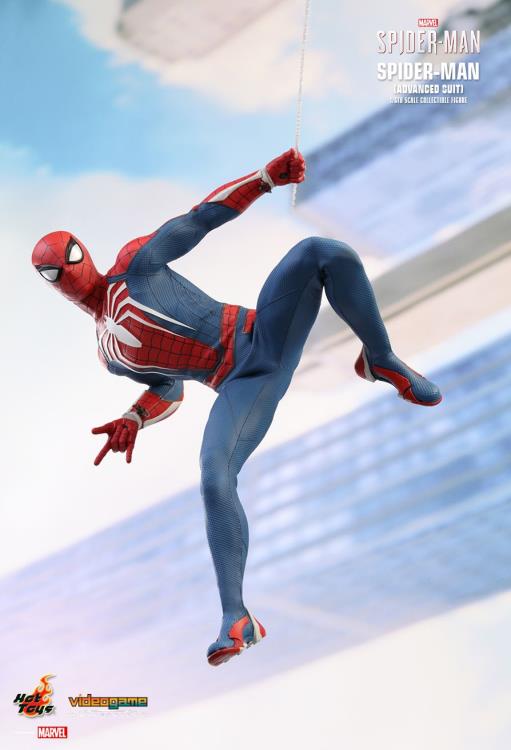 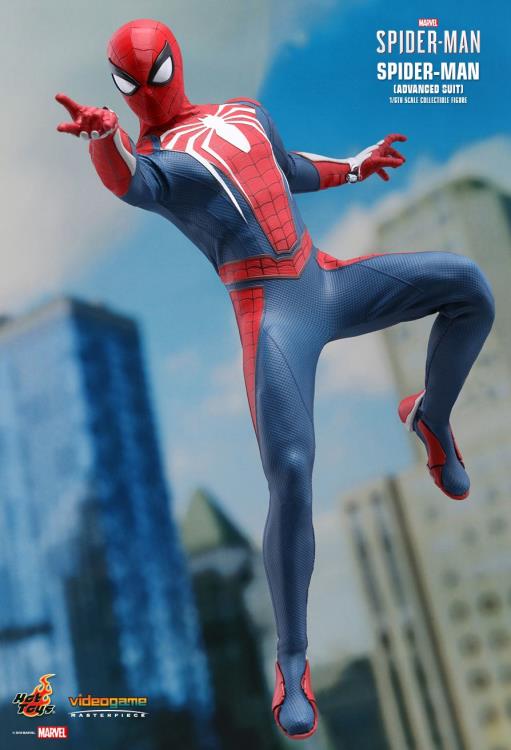 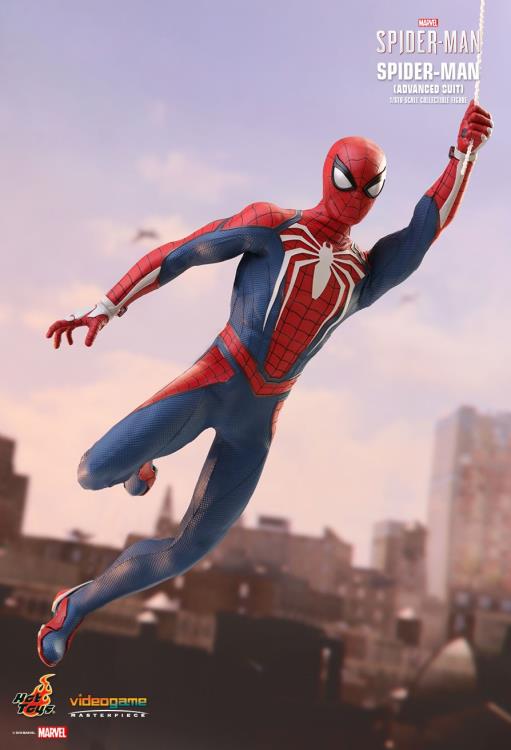 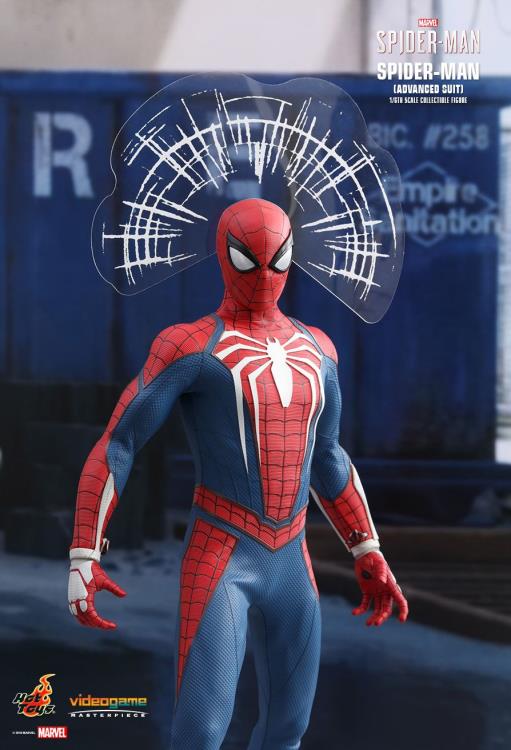 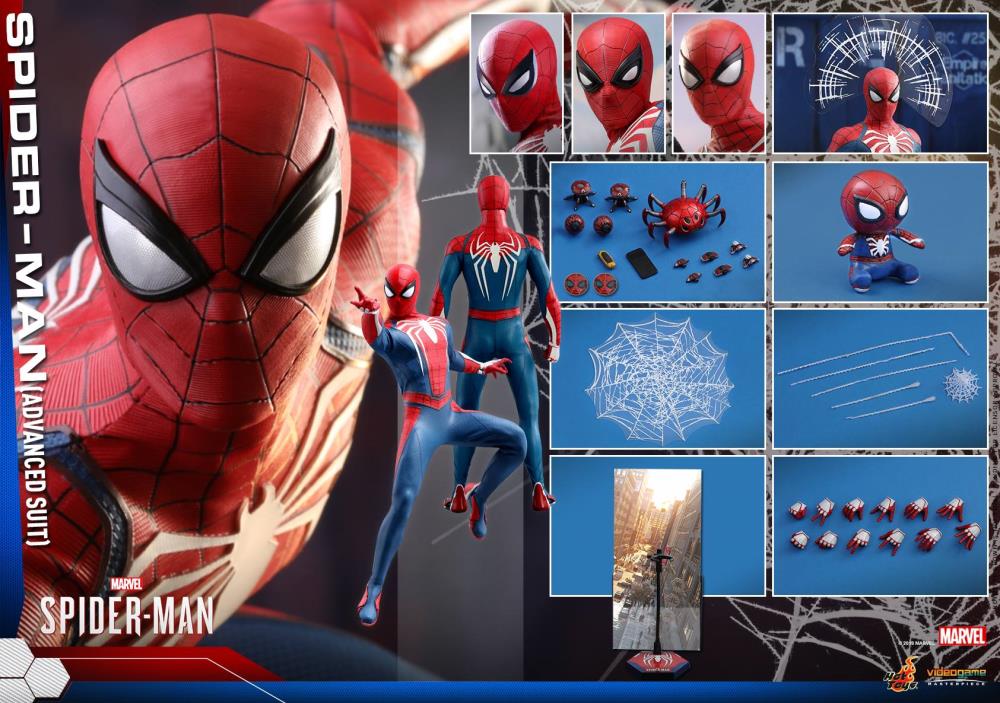 Everyone’s Favorite wall-crawler is back when Marvel’s brand-new and authentic Spider-Man adventure comes to life in The Big Apple in this fall. After eight years behind the mask, an experienced Peter Parker who’s more masterful at fighting big crime in New York City, is struggling to balance his chaotic personal life and career while the fate of millions of New Yorkers rest upon his shoulders.

Hot Toys is very thrilled to officially present one of the most beloved character around the world, Spider-Man (Advanced Suit) in 1/6th scale collectible figure from the brand new action-filled game Marvel’s Spider-Man. With incredible amount of details and accessories, the latest Spider-Man collectible figure will definitely become an eye-catching centerpiece among the Marvel collections!